Welcome to the second part of our three-part series on expert witnesses! In this installment, we discuss what makes someone qualified to be an expert witness.

Catch up on Part 1 here.

If you read the last article in the series, you’re probably thinking, “I can make thousands of dollars just for testifying in one court case, sign me up!” But becoming an expert witness isn’t as easy as all that. There are really two separate questions to be answered. First is the issue of what qualifications you need for a court to consider you an expert, next is the question of how to actually set yourself up in business as an expert witness. Don’t get your hopes up if it sounds easy to get qualified as an expert in court. Just because a judge thinks you’re an expert doesn’t mean anybody will hire you. Becoming a professional expert witness requires a combination of hard work, luck, and connections or outstanding credentials. 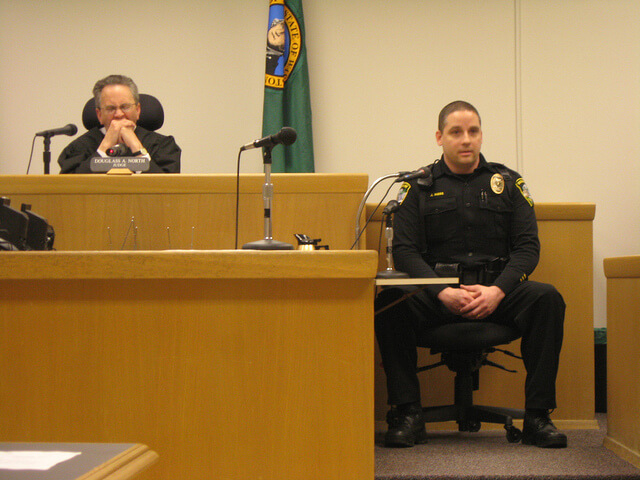 Different courts use different standards to determine whether a witness is an expert, but the bar is relatively low. You probably remember the scene in My Cousin Vinny: Joe Pesci convinces the judge that his sister as an automobile expert by asking her a few questions about cars. Obviously, this is a Hollywood exaggeration, but it’s not as far from the truth as you might think. If the judge thinks that the person has some specialized knowledge that will aid in deciding the case, the witness can be qualified as an expert, you don’t even need a Ph.D.!

However, the other side’s lawyer will try to cross-examine you to minimize your qualifications so that the jury is less likely to trust the contents of your expert witness report. They may ask you where you went to school and how long you’ve been working in the field. They may even ask how many court cases you testified in and what side you testified to make you seem biased. For example, if you’re a forensic scientist for the New York police department, you probably get called in as a forensic expert witness for the prosecution all the time. The other side’s lawyer would try to make it look like your scientific objectivity is compromised by the nature of your job and your close relationship to law enforcement. So while the minimum bar for an expert witness is low, everything from your work history to the number of degrees you have could be important in determining how good of a witness you are.

The real battle happens not in deciding whether the person is an expert in a field, but whether the field itself is based on sound scientific principles. For example, you could be a paranormal expert, but even if the judge is convinced you know a lot about ghosts, you can’t testify as an expert in court, because paranormal studies aren’t based in science. The example may be extreme, but this issue that often arises with new fields of science or psychology that aren’t accepted by the scientific community as a whole.

First the judge must look to whether expert’s conclusions are based on a theory that is subject to empirical testing, whether the theory is falsifiable or refutable in some way. This is a basic element of the scientific method and if the expert’s testimony isn’t based on testable methods, then the testimony won’t be admitted at trial. Next the judge must examine whether the theory has been subject to peer review or evaluation. This means usually means that the theory must have been published in a peer-reviewed academic journal. The judge will also consider the known or potential error rate of the method or theory, the existence and maintenance of standards and controls concerning its operation and the degree to which the theory and technique is generally accepted by a relevant scientific community.

How To Become An Expert Witness

Unfortunately becoming an actual professional expert witness isn’t as easy as just having a court qualify you as an expert. As you probably noticed in the earlier section, expert witness qualifications can be very important in determining whether a jury believes you, and nobody wants to hire an expert witness that won’t be believed.

The career path of an expert witness may look very different depending on the area of expertise. For example experts in medical, psychological and academic fields are usually respected practitioners in their fields who start working as expert witnesses on the side because a lawyer asks them to testify in a case. These types of experts may also have a successful career in their field, treating patients, conducting research and publishing papers, before they retire to be an expert witness.

The career of a forensic expert witness looks very different because forensics is a field that is only used in court. Usually, these experts act as witnesses as part of their job working for a law enforcement agency and don’t need the same kind of exemplary qualifications as other experts. Other kinds of expert witnesses get into the business in different ways, but we’ll talk more about specific kinds of experts and what they do in the next article in this series! All About the Expert Witness Part 1: An Introduction to Expert Witnesses
Want to Speak to a Private Investigator? Start My Consultation