Why Is Finding Stolen Property Necessary?

When something of yours is stolen, you may find that you’re on your own in trying to get it back. You might think that people have all of their valuables insured nowadays, but there are a number of reasons why you could find yourself just wanting your stuff back rather than having to deal with your insurance company. A lot of insurance companies will hike your rates if you report a theft and even if yours doesn’t you’ll still be stuck paying the deductible. For many homeowners insurance policies, the deductible can be as much as $1,000 or higher. Sometimes the property stolen just wasn’t covered by any insurance, or it had sentimental value and can’t be replaced by financial compensation. Finding stolen property isn’t easy, but there a few things you should do. 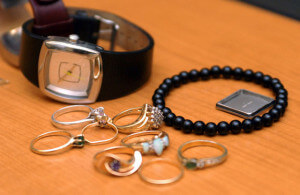 You should always file a police report, which will come in handy later when you need to recover your stuff, but the cops won’t really do much to find your items. You’ll often find yourself on your own trying to track stolen property. I know a lot of people in this situation, they had their bike or a laptop stolen from school or work, it’s only worth a few hundred dollars but it has sentimental value, or it had files that weren’t backed up, the police and insurance won’t help and they want to find it on their own.

How To Find Stolen Property

When you’re in this situation, the first step for many people is to look on Craigslist. I know people who have found their stolen stuff on Craigslist, arranged to buy it, then confronted the person who is selling it. This is not how to recover stolen property! It could be dangerous and there’s no guarantee it will work, but they have the right idea by starting with a craigslist search. The first step to finding your stolen property is to search for the item on Craigslist, eBay, Gumtree or any online auction site. Sometimes thieves are that dumb and you may just get lucky. The next step is a little more labor intensive, you’ll want to stop by local pawnshops to see if you can recognize your item. You could save yourself some time by calling and describing your item, but you run the risk of an unscrupulous shop owner lying to protect himself. Once you’ve scour all your local pawn shops, you’ll want to check out specialty stores. If your bike was stolen, check out all the local bike shops that sell used bikes. Most big cities have specialty stores that deal in just about anything of value you could have had stolen, from jewelry to stereo equipment. If you’re successful in tracking your stolen property, make sure you don’t let on that you think it’s stolen. It’s time for the next step!

How To Recover Stolen Property

Now that you’ve found your stolen property you have to recover it. This is when that police report you filed comes in handy. The police may have asked you for some sort of proof of ownership when you filed the report, but if not, now is the time to get that together. Receipts, serial numbers, photos of you with your old bike, anything that proves that it was yours. Give all this to the police and let them take over. They should get your item back for you.

When you’re angry and you can’t find the person who actually took your stuff, it’s easy to be mad at the guy who was trying to sell it, so a lot of people wonder if selling stolen property is a crime. Dealing in stolen property can be a crime, but the law varies from state to state. There is a federal law against selling or receiving stolen goods, but it only covers goods that were brought across state lines after they were stolen. Stolen property laws in some states require that the person selling it knew it was stolen, which can be very hard to prove in court. If you’re lucky, you’re in a state where the law only requires that the seller should have known it was stolen. In states like this, pawn shop owners and other people who sell used goods are held to a higher standard of conduct and must do their due diligence to make sure any suspicious items weren’t stolen. Sometimes they may even check a stolen item database to see if anybody has reported the item stolen, if they find it, you may even get your item back without having to look for it! Do You Need Bodyguard Services?

Do You Need Bodyguard Services?
Want to Speak to a Private Investigator? Start My Consultation